In the 2022 NFL Draft, there is not necessarily as much QB talent as we have been accustomed to in recent years. There is more of a developmental side of the prospect board like Malik Willis, Matt Corral, and Desmond Ridder, as well as some reasonable starters such as Sam […]

In the 2022 NFL Draft, there is not necessarily as much QB talent as we have been accustomed to in recent years. There is more of a developmental side of the prospect board like Malik Willis, Matt Corral, and Desmond Ridder, as well as some reasonable starters such as Sam Howell or Kenny Pickett. With a lot of QB needy teams heading into the draft, it will be pretty much up in the air as to which of these players go where and which of them starts day 1.

With a lot of teams currently shuffling quarterbacks and many uncertain of their long-term franchise QB future, now is a good pf a time as any to assess the landscape.

Baltimore Ravens – Lamar Jackson – LOW – To be clear, Lamar Jackson is very good, and is a phenomenal franchise QB. However, the contract will be the talking point here, as he is due for an extension after the 2022 season. While John Harbaugh remains unconcerned about the scenario, it is worth monitoring as this fits the “longevity beyond the 2022 for that specific team” category.

Cleveland Browns – Deshaun Watson – ZERO – The Cleveland Browns got their franchise QB long-term in Watson, and even if he were to be suspended for some of the early 2022 campaign, the Browns still have Baker Mayfield rostered at this moment as the bridge gap QB.

Pittsburgh Steelers – Mitchell Trubisky – HIGH – Mitchell Trubisky is just, for lack of a better term, meh so far. While he could play better with a fresh team and out of the grasp of Matt Nagy, that is yet to be seen, therefore the concerns. Until he proves his worth as an NFL starter, this will remain a high need.

New York Jets – Zach Wilson – ZERO – Wilson had a very poor rookie year overall, but with his talent and high ceiling, odds are he will live up to expectations with some more time in the league. The Jets should not be looking for another QB this soon simply put.

Miami Dolphins – Tua Tagovailoa – LOW – Tua should produce at a much higher level this year with the players he now has around him, if he does not then this rating goes up some more. While there are minor concerns at the moment due to his level of play, they could be easily vanquished with a good 2022 campaign.

Houston Texans – Davis Mills – MEDIUM – Mills deserves another shot in 2022 to prove he could be a sustainable starter, provided Houston can get him some weapons with their draft capital. This is a 50/50 between they should or should not get a new one, as Mills deserves the shot but could he truly be elite? It is yet to be seen.

Tennessee Titans – Ryan Tannehill – MEDIUM – After some relatively on and off play from Tannehill the last season or two, it may be time to get a QB, whether that be a developmental prospect to sit behind Ryan for a year or an immediate starter.

Jacksonville Jaguars – Trevor Lawrence – ZERO – Another case of “too soon to tell”. Lawrence had an average or so rookie year, however with some actual weapons around him and another year under his belt he should develop nicely.

Indianapolis Colts – Matt Ryan – LOW – Ryan is a good/great short-term option for Indy, but the long-term franchise QB is still an unsettled issue.

Las Vegas Raiders – Derek Carr – LOW – Derek Carr is a very solid starter in this league who has dealt with a pretty lackluster supporting cast so far. With the addition of college teammate Davante Adams? He should be quite alright.

Chicago Bears – Justin Fields – ZERO – Another rookie who has yet to truly show what he can do. Give him another season or two and some true receiving playmakers/OL and he should be a long-term starter.

Minnesota Vikings – Kirk Cousins – MEDIUM – While QB is not the most pressing need, it should be considered at some point. Even starting Kellen Mond eventually could be a good idea when the time is right.

Detroit Lions – Jared Goff – HIGH – Goff is not an exceptional QB in this league, and is just an enormous cap hit to Detroit. While the dead cap would be painful, it is probably worth moving on to another option via draft or otherwise.

Philadelphia Eagles – Jalen Hurts – LOW – Work on building the roster first, if Hurts underperforms for 2022 or beyond, look to find a replacement. Hurts has been solid so far with very poor weapons outside Dallas Goedert and DeVonta Smith.

Washington Commanders – Carson Wentz – MEDIUM – Wentz is an adequate short-term bridge QB for 2022, but the Commanders need to find a new face to the franchise if Wentz plays as he has in recent years.

New York Giants – Daniel Jones – MEDIUM – The “One more year” train can only go so far, but I think 2022 should be his final shot in New York. As long as the Giants build the OL in the draft, we should get to see a true shot for Jones this season.

Tampa Bay Buccaneers – Tom Brady – LOW – Brady is obviously your short-term window 1-2 more years QB, who has not really regressed a ton. On the future side, you have Kyle Trask sitting at bay learning more and more from Brady by the day.

New Orleans Saints – Jameis Winston – MEDIUM – Jameis is the starter clearly, however, we only have about a 6 game sample size of him in New Orleans and no true gauge yet of how much success he will find over the course of a full season. 2022 should give us a good idea of if he is the long-term guy, or if the Saints need to find another player elsewhere. If Jameis does well this season, this grade will obviously go to a lower rank. This is mostly just a “Wait and see” grade.

Atlanta Falcons – Marcus Mariota – HIGH – While we have not seen Mariota play in years, we do not really know how good he could be. The odds are with the Falcons’ offense collapsing, probably not that good. Finding the face of the franchise after moving on from Matt Ryan is essential.

Carolina Panthers – Sam Darnold – HIGH – The Sam Darnold experience is not a fun one seemingly, and the Panthers have had meetings with QBs already during draft season. Kenny Pickett seems to be the odds on favorite if they do take one, and reasonably, it would make sense to take one.

Seattle Seahawks – Drew Lock – HIGH – Malik Willis? Willis seems to be the one QB most would expect to go to Seattle. Drew Lock from what we have seen so far is not a viable long-term franchise QB.

Arizona Cardinals – Kyler Murray – ZERO – Despite the weird off-season social media things surrounding Kyler the past few months, he is still the Cardinals’ franchise QB. If his play deteriorates again in 2022? Maybe there is a conversation to be had.

San Francisco 49ers – Jimmy G/Trey Lance – ZERO – Lance is the future option for the 49ers, and once they decide to shop Jimmy Garoppolo (potentially during this draft) Lance will take over. There is no reason to draft or find another QB when you just took one in the top 5 last year.

Tue Apr 19 , 2022
Searching is just one of the greatest pieces of decorating a new residence. Nonetheless, HGTV’s Jasmine Roth reveals there is a typical blunder people usually slide for when making their new dwelling procuring record. Jasmine Roth is no stranger to renovation jobs and interior layout tips. She sprung to fame […] 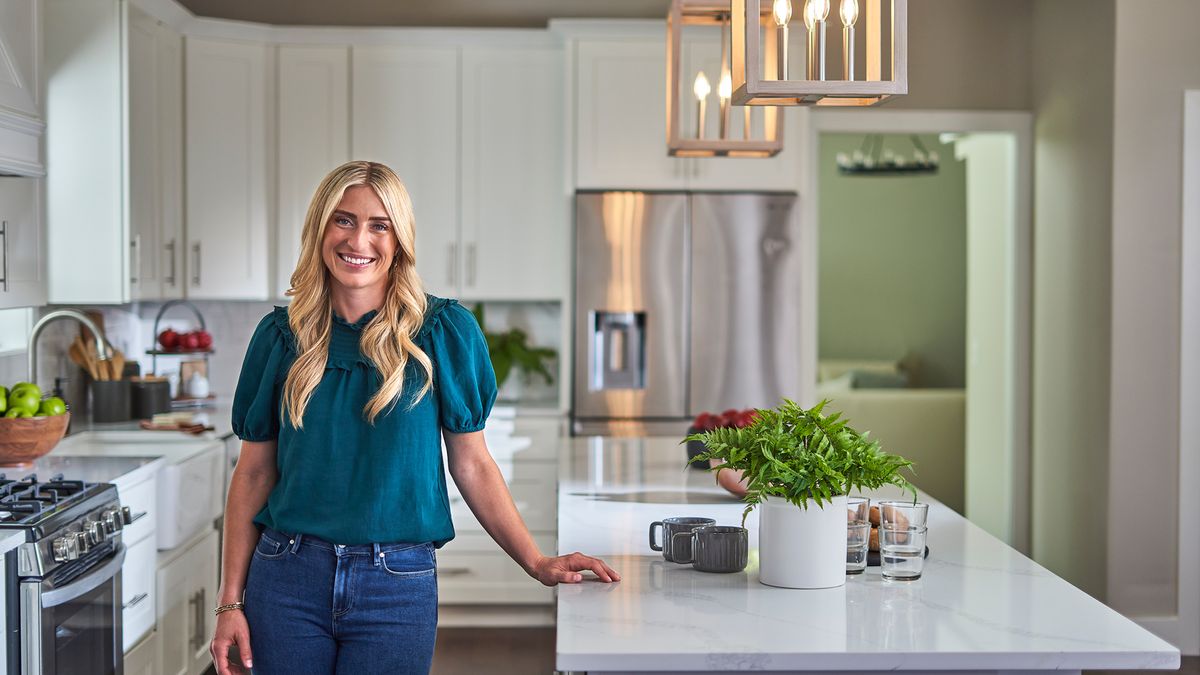